The UK Parliament’s Authoritative Anti-epidemic Report: One of the worst public health failures in the history of UK.

On January 31 last year, the United Kingdom reported its first confirmed case of COVID-19 pneumonia. After experiencing confusion as to whether to follow the path of “herd immunity”, the British government ordered a nationwide blockade only two months later. On November 5, England was blocked again for 4 weeks. On January 4 this year, England once again “closed the city”…

According to a report by the British Broadcasting Corporation (BBC) on October 12, a long-awaited government anti-epidemic report was finally released.

This 150-page report was prepared by the Government’s Health and Social Care Committee and the Science and Technology Committee, with members from all parties in the House of Commons participating.

The Financial Times reported that the report was unanimously adopted by 22 members of the Conservative Party, the Labour Party and the Scottish National Party.

It is the first authoritative investigation report on the British anti-epidemic action. British Prime Minister Johnson previously promised to launch a full investigation, but it has not yet begun. 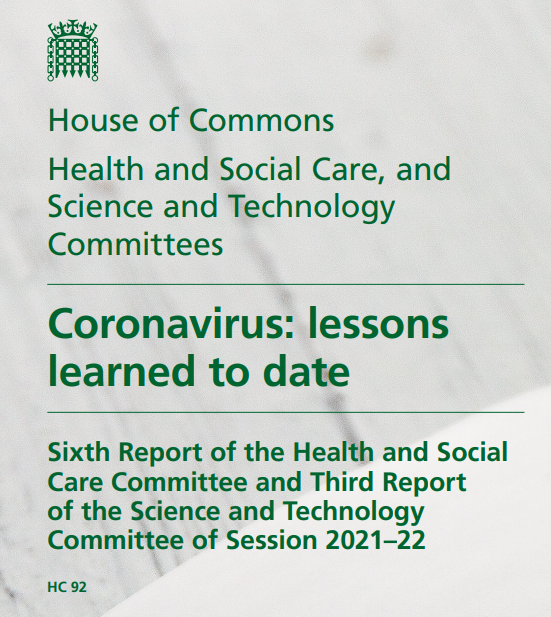 According to the report, Britain’s early anti-epidemic mistakes failed to control the spread of the virus, causing one of the worst public health failures in British history.

The report hit the nail on the head, pointing out that the government had received early advice from scientists to control the rate of transmission and tried to gain “herd immunity” by infecting the people. This caused the loss of British lives and directly caused the time for the first nationwide “closed city” to be delayed. .

The report said that the British government also has success, especially in the vaccine promotion plan. From research and development to popularization of vaccines in the United Kingdom, “it was the most efficient operation in British history.”

Conservative MPs Jeremy Hunt and Greg Clark, who chair the committee, said that the nature of the pandemic means that “it is impossible to do everything well”.

“While the UK has made some major achievements, it has also made some major mistakes. It is important to learn from both,” they added in a statement issued with the report.

A government spokesperson said that they will learn the lesson, so a full public investigation will be conducted next year. He added, “We never shy away from taking quick and decisive actions to save lives and protect our National Health Service (NHS), including the introduction of restrictions and lockdown measures.”

“Thanks to collective efforts across the country, we have avoided overwhelming NHS services.” 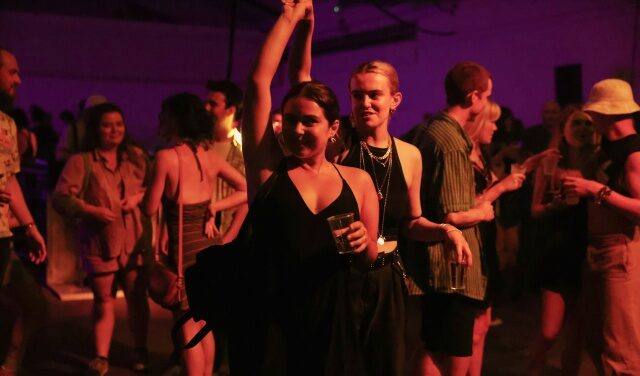 On July 19th, London, England, and England ushered in the “Unblocking Day”, and people reveled in nightclubs. (Source: thepaper)

Delay the “time to close the city”, this pot of scientists also have to recite

When the COVID-19 hit, the British government’s initial approach was to control the rate of transmission, rather than trying to eliminate it-the report pointed out that the government tried to obtain “herd immunity” through infection.

The report stated that this was based on the experience of responding to influenza and was carried out on the advice of the advisors of the Scientific Advisory Group on Emergency Situations (SAGE).

However, this idea has not been challenged by any local officials in the UK, and the advantages of “collective thinking” have not been highlighted.

The parliamentarians who prepared the report said that although to some extent, other parts of Europe have also made this mistake, it means that the UK’s epidemic prevention policy is not as open as the rest of the world. For example, some Asian countries implemented strict border controls when the epidemic began to spread.

As a result, although evidence from China and Italy shows that this is a highly contagious virus that causes serious diseases and has an unclear treatment method, the measures taken by the British government in the first few weeks are not sufficient to stop the COVID-19 virus. spread.

The committee stated that this was “one of the worst public health failures in the history of the UK.” Obviously, the big method was wrong and caused the initial death toll to rise. Scientists’ recommendations changed on March 16 last year, but there was only one week left before the entire country of the United Kingdom had to be “blocked”.

The report also specifically mentioned that English officials had rejected the two-week “circuit breaker” proposal made by scientists in the fall.

“Slow and chaotic” detection and tracking

According to the report, the United Kingdom was one of the first countries in the world to start COVID-19 testing, but despite this, the British government failed to turn it into an effective detection and tracking system before the first year of the pandemic.

Community testing was stopped in March 2020, and during the first few weeks of the peak of infection, only those admitted to the hospital were tested.

The NHS detection and tracking system was not launched in England until May of this year. The report stated that the system was “slow, uncertain and often chaotic” and was too “centralized”, and only later began to use the expertise of local public health teams.

But the report also praised the health minister Matt Hancock’s goal of 100,000 tests per day by the end of April, saying that this played an important “motivating effect.” 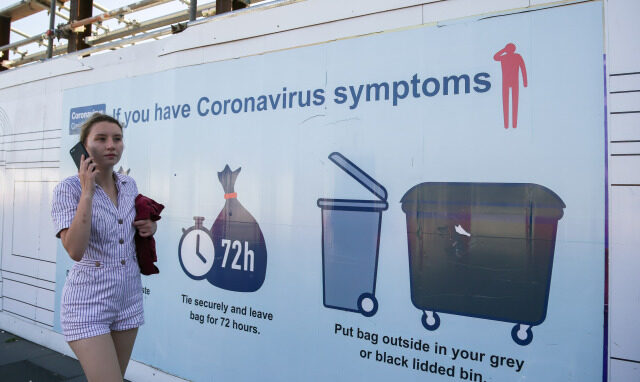 On August 14th, Edinburgh, UK, advertisements to fight the COVID-19 pneumonia and call for people to pay attention to protection can be seen everywhere on the streets (Source: thepaper)

The “success” of the vaccine

The report believes that the British vaccine program is successful. The government supports the development of several vaccines, including the Oxford-AstraZeneca vaccine.

The report said that the British vaccine project was one of the “most efficient programs ever” and ultimately saved millions of lives around the world. Under the advice of Chief Scientific Advisor Patrick Vallance, the “critical step” in the early stage of the fight against the epidemic was to set up a working group to bring together the capabilities of scientists, the NHS, and private companies.

The development of COVID-19 treatments, such as dexamethasone, is another area that reflects the UK’s “leading the world”. The NHS and the government have also been praised by the report for improving the intensive care capacity of hospitals to ensure that most people in need of hospitalization are treated.

The parliamentarians who prepared the report said that the COVID-19 epidemic has also exacerbated the existing social, economic and medical inequality, which needs to be resolved urgently.

The report emphasizes that the mortality rate of ethnic minorities and people with learning disabilities and autism is “unacceptably high.” In addition, at the beginning of the pandemic, the government paid little attention to nursing homes. A typical example is that the government allows the elderly to enter nursing homes quickly without adequate testing or isolation.

In addition, staff who had not been tested for nucleic acid brought the virus home, causing thousands of unnecessary deaths.

Hannah Brady, a spokesperson for the organization, said, “This report is ridiculous. You cannot bring your laptop to the cabinet meeting.”

According to the BBC report, the committee did not consider the epidemic prevention measures in Wales, Northern Ireland and Scotland, and only took England into consideration.