Nature: Does anxiety originate from gut flora? The brain-gut axis has added strength, and human clinical trials have been carried out.

In modern society, anxiety seems to be everywhere, work anxiety, obesity anxiety and emotional anxiety, these large and small anxiety fill our lives. But have you ever thought about why you feel anxious, and what are the sources of anxiety?

Recently, the team of Professor Sarkis Mazmanian of Caltech published a research paper entitled: A gut-derived metabolite alters brain activity and anxiety behavior in mice in the journal Nature .

The study found that bacteria in the gut are able to convert the amino acid tyrosine, commonly found in the diet, into 4-ethylphenylsulfate (4EPS) , which crosses the blood-brain barrier and lowers myelin-forming oligodendrocytes in the brain.

Glial cells mature, leading to the appearance of anxiety. This work helps to unravel the molecular mechanisms by which recently observed changes in gut microbiota are associated with complex emotional behaviors. 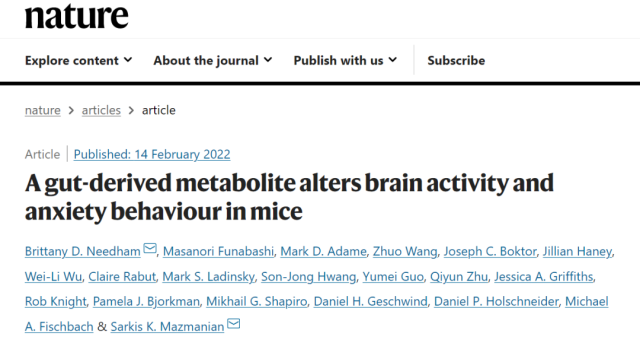 Humans, like other mammals, are populated by trillions of microbes including bacteria, viruses and fungi, most of which inhabit the human gut, collectively known as the symbiotic flora. In a sense, “human” is a multi-complex composed of humans and symbiotic flora.

What’s more, gut microbiota affects the host’s immune system and metabolism. A large number of gut microbiome studies have shown that gut microbiota can affect our health, physique, personality and even thinking to a certain extent.

Research over the past few years has linked gut microbiota to brain function and mood, for example people with certain neurological disorders have markedly different gut microbiomes. In addition, studies in mice have shown that manipulating these gut microbiomes can improve neurodevelopment or exacerbate neurodegenerative symptoms.

Dr Brittany Needham , first author of the new study , said: “The causal link between gut microbiota and the brain is complex, not just between disease states and the presence or absence of certain microbes. So we’re trying to understand the molecular information between the gut and the brain, and analyze how these signals lead to behavioral changes.”

The study focused on a bacterial metabolite called 4-ethylphenyl sulfate (4EPS) . 4EPS is initially produced by microbes in the gut, then absorbed into the bloodstream and circulated in humans and mice. In 2013, Sarkis Mazmanian’s lab found that this particular molecule is more abundant in mice with altered neurodevelopment, particularly in mouse models of autism and schizophrenia.

While the altered microbiome differed from the healthy microbiome in other ways, the 4EPS levels were by far the most divergent. In addition, after screening 231 human blood samples, it was found that 4EPS levels in children with autism were seven times higher than those in normal children.

In this work, the team focused on the effects of 4EPS on a mouse model of anxiety. The mice’s “anxiety” was measured by their willingness to explore or hide in new spaces and the time they spent in dangerous environments. Bold mice will explore a new space, sniffing around, but anxious mice will hide, as if confronting a predator, rather than exploring.

The study compared two groups of laboratory mice: mice in the experimental group were implanted with two types of bacteria genetically engineered to produce 4EPS, and mice in the control group had the same bacteria except that they lacked the ability to produce 4EPS.

The mice were then taken to a new arena, where the researchers observed the behavior of each mouse. 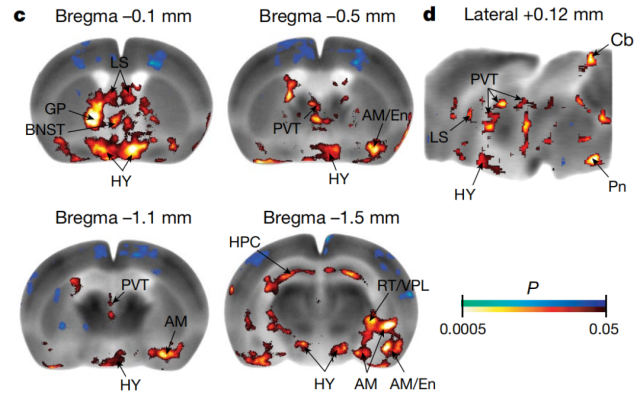 Meanwhile, brain scans of 4EPS mice showed more activity in some brain regions associated with fear and anxiety, in addition to overall changes in brain activity and functional connectivity.

By looking at the brain cells within these altered areas, the team found changes in specialized cells called oligodendrocytes.

These cells are important in part because they produce a protein called myelin, which is the protective coating around neurons and nerve fibers (axons) , like the insulation around electrical wires.

The team found that in the presence of 4EPS, oligodendrocytes were more immature and thus produced less myelin, resulting in a thinner insulating layer around axons.

Professor Sarkis Mazmanian said it was an exciting discovery that a specific microbial metabolite alters the activity and complex behaviour of mouse brain cells, but how this happens remains unknown. 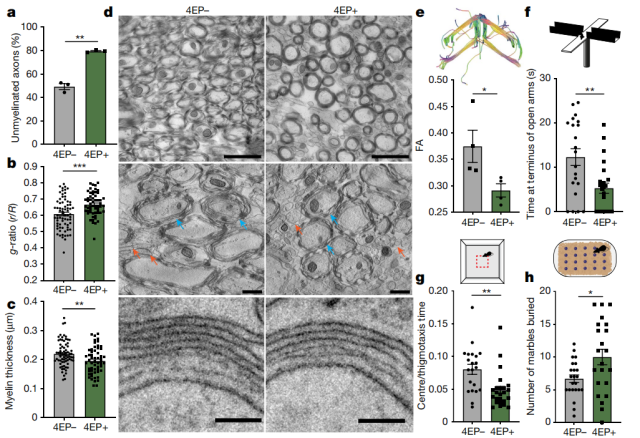 The Sarkis Mazmanian team also published a clinical research paper titled: Safety and target engagement of an oral small-molecule sequestrant in adolescents with autism spectrum disorder: an open-label phase 1b/2a trial in the journal Nature Medicine on the same day . 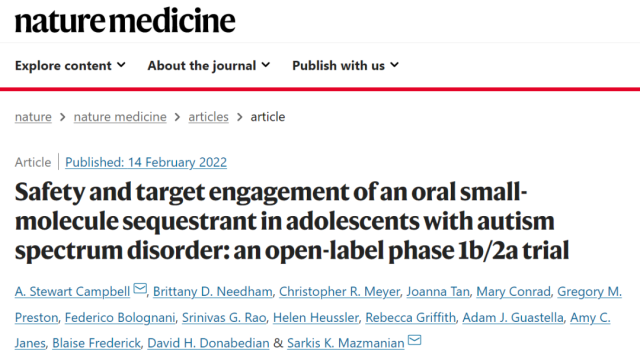 Studies have shown that the absorption and clearance of 4EPS from mice by oral medication can reduce their anxiety behaviors.

On this basis, the research team tested the oral drug (AB-2004) in 30 children with autism and gastrointestinal problems.

The results of this phase 1b/2a clinical trial showed that the oral drug is safe It was well tolerated, with reduced blood and urine levels of 4EPS, improved gastrointestinal health, and reduced irritability and anxiety in some patients.