A new study by researchers at Tufts University details which bird species are “super-spreaders” of highly pathogenic avian influenza.

Jonathan Runstadler, professor and chair of the Department of Infectious Diseases and Global Health at Tufts University’s Cummings School of Veterinary Medicine, said:

“The scientific community is used to talking about influenza viruses in terms of birds as a group, but birds are an incredibly diverse group of animals with different natural histories, physiology and anatomy.”

Runstadler is one of the authors of a new study published May 19 in the journal PLOS Pathogens , a data-driven study that looked at influenza viruses circulating in different bird populations and described which types Birds are involved in spreading the virus.

The timing of the paper’s publication was impeccable, as a highly pathogenic strain of bird flu has spread across North America.

This strain of avian influenza originated around 1996 and was first detected in a domestic goose. The virus mutated and persisted, and the first major wild bird outbreak occurred around 2005 in a major wetland in central Asia.

Subsequent changes in the virus led to its introduction into the United States through the Pacific Northwest in 2014, severely impacting the U.S. poultry industry and forcing the culling of some 40 million turkeys and chickens as a control measure.

“It was a big blow,” said Nichola Hill, lead author of the paper and an associate professor of biology at UMass Boston. “After it was over, we knew we were in between outbreaks and there was a good chance of another. We felt we needed to look at long-term, historical data to look for patterns and determine which birds are really driving global Transmission.

So we compared birds on a finer taxonomic scale than previous studies, such as mallards, gulls, land birds, and domesticated poultry such as geese and chickens, and we came up with some very interesting findings. “ 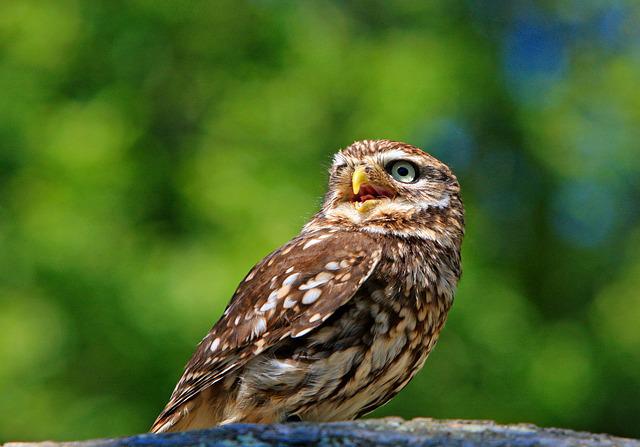 Historically, ducks like mallards have been thought to be “super-spreaders” of bird flu, infecting both wild birds and backyard poultry, which Hill and Runstadler’s study found is roughly true.

Wild ducks are powerful tools for spreading viruses and evolving them in wild bird pools.

They can carry highly pathogenic strains and be completely asymptomatic, plus they can swim and fly, so they can spread the virus in a variety of ways, including into local water bodies.

But there are other birds that play a bigger role in spreading the virus. “When we looked at which birds were responsible for spillage into poultry, the indications were wild geese, which are really good at amplifying viruses,” Hill said. “We need to understand why in terms of their host pathology, immunity, behavior and ecology.”

An ecological factor that may play a role is that geese are terrestrial herbivores that thrive in urban and agricultural environments.

Many goose species in North America and Europe are considered pests. “They’re really the perfect spillover hosts because they can take advantage of human-altered habitats,” Hill added.

Additionally, understanding which birds drive long-distance transmission could affect how or when the virus enters a new geographic area.

“The first wild bird detected in 2021 is the great black-backed gull,” Hill said. “Seagulls are strong, long-distance, pelagic flyers that use their tailwinds to fly over the ocean and spread viruses very quickly.”

An outbreak of bird flu on this scale is unprecedented in North America. About 40 bird species have been infected in the current North American outbreak, including songbirds such as crows and sparrows, and raptors such as owls and eagles. Compared to the 2014 outbreak in North America, this outbreak has a larger geographic scope and affects a wider variety of species.

“Knowing that seagulls, geese and ducks may be spreading this virus differently is a big contribution to understanding or ultimately more accurately modelling how we would expect a virus like this to spread,” Runstadler said. “Ultimately, we can put this data into a model that allows us to predict if a virus is present, when the virus is likely to enter North America, and which bird populations we might target to monitor to detect it.”

Runstadler began studying bird flu in 2005, when his lab was at the University of Alaska Fairbanks and the H5N1 strain emerged in East Asia.

Scientists in his lab study the ecology of influenza viruses in wildlife hosts, including birds, which are the main reservoirs of influenza. Most flu viruses are thought to have originated in birds and spread to other hosts, Runstadler said.

Runstadler’s lab regularly works with the Tufts Wildlife Clinic and Director Maureen Murray (Clinical Associate Professor at Cummings College) to collect samples from a variety of birds passing through the clinic, not just those showing clinical signs of avian flu birds.

Its purpose is twofold: to understand the epidemiology of the virus and to manage avian influenza cases safely in clinics.

“When we admit new birds into the clinic, we sample them to see if they have the virus and isolate them until we get a negative test to make sure we’re not exposing them to other patients,” Murray said. Virus.”

The samples were screened in Runstadler’s lab to determine whether a bird was carrying the flu virus and, if so, the H5 strain responsible for the outbreak.

Runstadler noted that this work of collecting data now is critical for future data comparisons.

If a bird tests positive, the sample will be sent to the USDA’s National Veterinary Services Laboratory for additional testing and sequencing as final confirmation. Although avian influenza is a zoonotic disease, the risk to humans is very low. For the average person going about their daily lives, the threat is practically zero, Runstadler said.

The risk is slightly greater for people who handle birds frequently, such as wildlife specialists, poultry workers, or backyard chicken owners.

Recently, a man in Colorado was diagnosed with bird flu, the first human case in North America in this outbreak.

Media reports said he was involved in the culling of poultry and was infected by a sick bird.

According to the Centers for Disease Control and Prevention (CDC), he has mild symptoms, has been isolated, and has recovered.

Hill noted that the fact that his symptoms were mild is concerning because it makes the virus harder to detect and trace, as infected people may ignore mild symptoms and not seek treatment — much like COVID-19.

Murray and Wildlife Clinic staff use personal protective equipment including gloves, gowns, goggles and masks when handling birds. And they also provide the public with a list of recommendations for bird flu protection.

“If you see a bird that appears to be sick – can’t stand up, appears to be off balance, or doesn’t know what’s going on around – we recommend calling your local animal control officer or wildlife rehabilitation first,” Murray said. personnel for help. However, if you must handle it yourself, we recommend wearing at least a three-ply mask, or a more protective mask such as an N95 if available. Gloves are also a good idea, but if gloves are not available , and wash your hands very, very clean afterwards.”

She added that people with birds in their homes should change their clothes and shoes before approaching their birds after being exposed to sick birds.

Hill is concerned not only with human spillovers, but also with mammals in general. Animals such as dogs, foxes or coyotes may prey on birds, especially vulnerable birds with neurological symptoms or breathing difficulties, she noted.

Although red fox infections have been reported in the United States, Canada and the Netherlands, it is unclear what the consequences of these interactions will be.

Will this pandemic end?

“The short answer is no one knows,” Runstadler said, “because we don’t have a sophisticated enough understanding, although we hope one day we will. It’s a very complex system.”

He said the 2014 avian flu invasion was fading, but this time is unlikely because the 2022 invasion is very different from the last outbreak. The virus found in North America in 2014 contained fragments of the highly pathogenic H5 virus, but not the entire virus, as in this outbreak.

Plus, this invasion appears to be spreading faster than the last. In addition, Hill said, her research shows a pattern of increases in the size and extent of bird flu outbreaks over time.

“It’s reasonable to expect that this virus is here to stay, it’s not going away,” Runstadler said.