Multiple organ failure is the main cause of death in Japan’s seventh wave of COVID-19 epidemic.

According to Japan’s “Sankei Shimbun”, the number of new deaths in a single day caused by the seventh wave of the COVID-19 epidemic in Japan has exceeded 200 for several consecutive days.

The number of deaths in a single month in August also exceeded 5,000 for the first time. 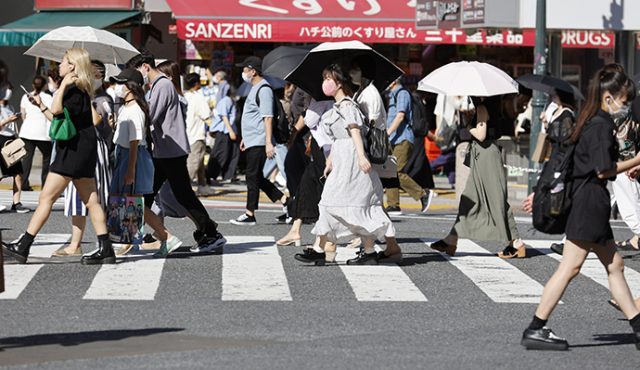 Oka Hideaki, a professor at the General Medical Center of Saitama Medical University, said that while the seventh wave of the epidemic appeared explosive transmission, there were not many cases of viral pneumonia worsening.

A dangerous situation for older adults is the inability to eat and hydrate due to fever and sore throat from infection. Many cases are due to worsening pre-existing diseases, failure of organs such as the heart and kidneys, loss of physical strength, and even death.

According to the Ministry of Health, Labour and Welfare, 95% of the deaths since early July were over the age of 60. In addition, the number of critically ill patients has gradually increased based on the daily increase of more than 30 people in late June, and has exceeded 600 as of August 10.

However, during the sixth wave of the epidemic in late February, the number of severely ill patients reached 1,500 at one point.

As for the reasons for the containment of severely ill patients in this round of epidemics, Takashi Wakida, the leader of the expert group advising the Ministry of Health, Labour and Welfare, said on the 24th: “The increase in the proportion of the elderly vaccinated may have played a role.”

As of mid-June, before the outbreak of the seventh wave, 90% of the population over the age of 65 had completed the third dose of the vaccine. Wakita believes that “for the elderly with weak constitutions, the situation that the physical condition is severely damaged due to infection and eventually leads to death is indeed happening.”