The increase in infertility among couples of the right age has led to a rise in the use of assisted reproductive technology.

The emergence of “test-tube babies” has opened up a new way for the treatment of infertility, and at the same time enables infertile couples to realize the dream of “parenting”.

According to reports, as of 2020, more than 6 million people around the world have been born through IVF technology.

Some studies predict that by 2100, the number of people born through in vitro fertilization (IVF) technology may reach 3.5% of the world’s total population (about 400 million people). 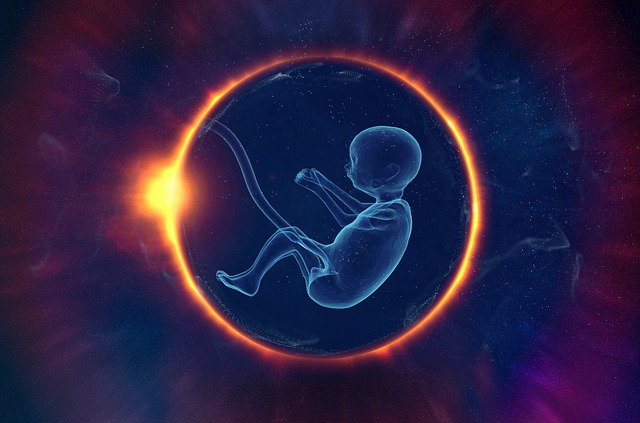 Like any new thing, while IVF technology brings good news to human beings, there are also worries about the health risks of “test tube baby”.

For example, will the “test-tube baby” technology increase the incidence of childhood tumors?

According to the International Children’s Association, childhood cancer has become the second leading cause of death in children after unintentional injuries.

Recently, a nested case-control study of 2.3 million three-person families from all over Taiwan conducted by the team of Professor LI-YIN CHIEN of National Yang Ming Chiao Tung University was published on JAMA Network Open with the title “Assisted Reproductive Technology and Risk of Childhood”. Cancers”.

This is also the largest cohort study on assisted reproductive technology and childhood cancer incidence in Asian populations.

The results showed that the overall incidence of childhood cancer in the assisted reproductive technology group was the highest (203.1/1 million person-years) , and the incidence of leukemia, liver tumor, retinoblastoma, and kidney tumor was also the highest compared with the other two groups of children.

After adjusting for parental age, child’s birth year and sex, family income, urbanization level, and history of miscarriage , the assisted reproductive technology group had a significantly higher overall risk of childhood cancer of 58 percent and a significantly higher risk of leukemia compared with the natural pregnancy group .

A 110% increase was associated with a significant 171% increase in the risk of liver tumors.

The risk of childhood cancer was similar in the natural pregnancy group and in the non-ART group with subfertile parents.

In addition, the risk of developing other types of childhood cancer was not statistically different between the three groups.

In fact, concerns about the health risks of “IVF” do not stop there.

In October 2020, researchers from Michigan State University and the University of North Carolina in the United States published an article entitled: Assessment of Birth Defects and Cancer Risk in Children Conceived in the journal JAMA Network Open, a sub-issue of the Journal of the American Medical Association. Research paper via In Vitro Fertilization in the US.

The study selected data on children from four states in the United States, including Massachusetts, New York, North Carolina and Texas, and conducted a cohort study of birth defects and cancer in naturally born children and IVF, including 1,000,639. Children born naturally by pregnant women and 52,776 children born through IVF.

By evaluating and designing models, the researchers found that the number of birth defects was associated with an increased risk of cancer in children.

For this phenomenon, the researchers gave some possible mechanisms.

First, it may be related to epigenetics during IVF culture. Epigenetic changes play a major role in the occurrence and development of cancer.

When in vitro culture techniques are used, changes in gene expression may result, which may lead to increased rates of birth defects and cancer.

Secondly, it may also be related to the mutation of cells during in vitro culture. At this time, the cause of cancer may be related to cell mutation.

Therefore, whole genome sequencing of embryos before embryo implantation can effectively avoid the appearance of some childhood cancers, such as neuroblastoma.

At the same time, in the concept of many people, cancer is cancer. But there is actually a big difference between adult cancer and childhood cancer.

Unlike adult cancer, there are many incentives. The pathogenesis of childhood tumors is complex , and the specific pathogenesis is still unclear.

It is generally believed that it may be related to genetics and the environment (living environment, biological, physical, and chemical factors). 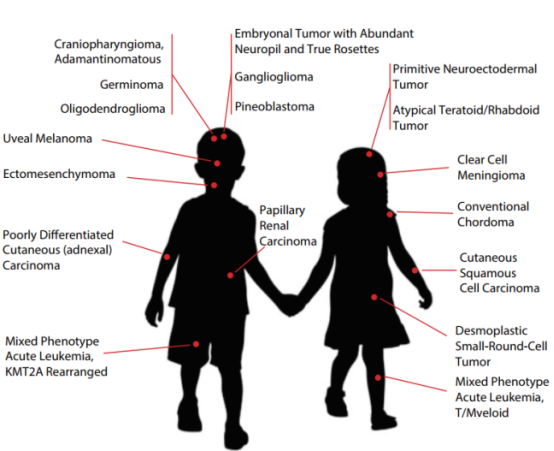 The key to whether children’s tumors can be cured depends not only on the characteristics of the tumor itself, but also on whether children can obtain early diagnosis and timely and standardized treatment. Next-generation high-throughput sequencing technology has promoted the rapid development of childhood cancer genomics research, and has provided important reference values ​​for cancer diagnosis, prediction of prognosis, determination of therapeutic targets or treatment resistance.

To date, most childhood cancer genomics studies have focused on patients with high-risk disease, including difficult-to-treat or relapsed/refractory cancer types. Different childhood cancer types have unique combinations of somatic alterations in the context of genetic and germline variation.

The research team of St. Jude Children’s Research Hospital in the United States published an article entitled “Genomes for Kids: The scope of pathogenic mutations in pediatric cancer revealed by comprehensive DNA and RNA sequencing” in Cancer Discovery.

It is hoped to be an important adjunct in the assessment and management of newly diagnosed children and relapsed or refractory cancers.