Multi-effects of galactooligosaccharides on aging intestines

Multi-effects of galactooligosaccharides on aging intestines.  Dietary GOS regulates the homeostasis of the aging intestine by promoting changes in microbial components and host gene expression. This change translates into reducing intestinal permeability and increasing mucus production.

As life gradually ages, the fragility of the gut microbiota and the consequent susceptibility to diseases become more prominent.

The abundance of Bifidobacterium, Faecalibacterium prausnitzii and Clostridium XIVa in the intestinal flora of the elderly decreased, while Clostridium perfringens, Escherichia coli, Enterococcus, Streptococcus, The abundance of Staphylococcus and Enterobacter is increased.

As a result, the aging human gut microbiota shows the deletion of genes related to the production of short-chain fatty acids (SCFAs) and the decreased ability to break down sugar, and decreased expression of starch, sucrose, galactose, glycolysis and gluconeogenesis pathways; The loss of cellulolytic microorganisms; and the overall enhancement of proteolytic function. 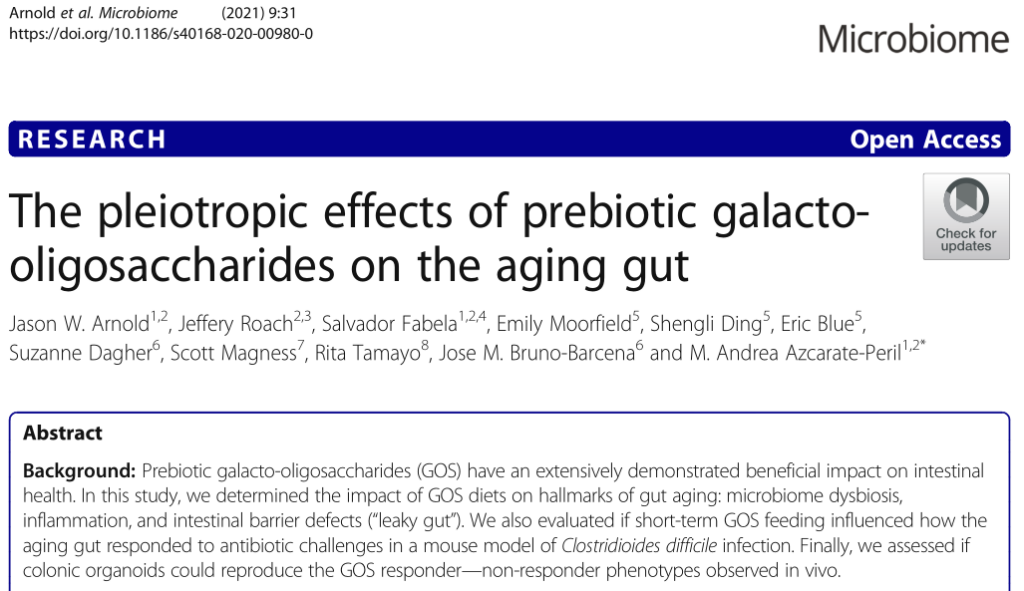 In this study, the researchers determined the effect of the GOS diet on the characteristics of intestinal aging.

In a mouse model of Clostridium difficile infection, the researchers also assessed whether short-term feeding of galactooligosaccharides affects the response of the aging gut to antibiotic challenges. Finally, assess whether the colon organoids can replicate the galactooligosaccharide response-non-responsive phenotype observed in vivo. 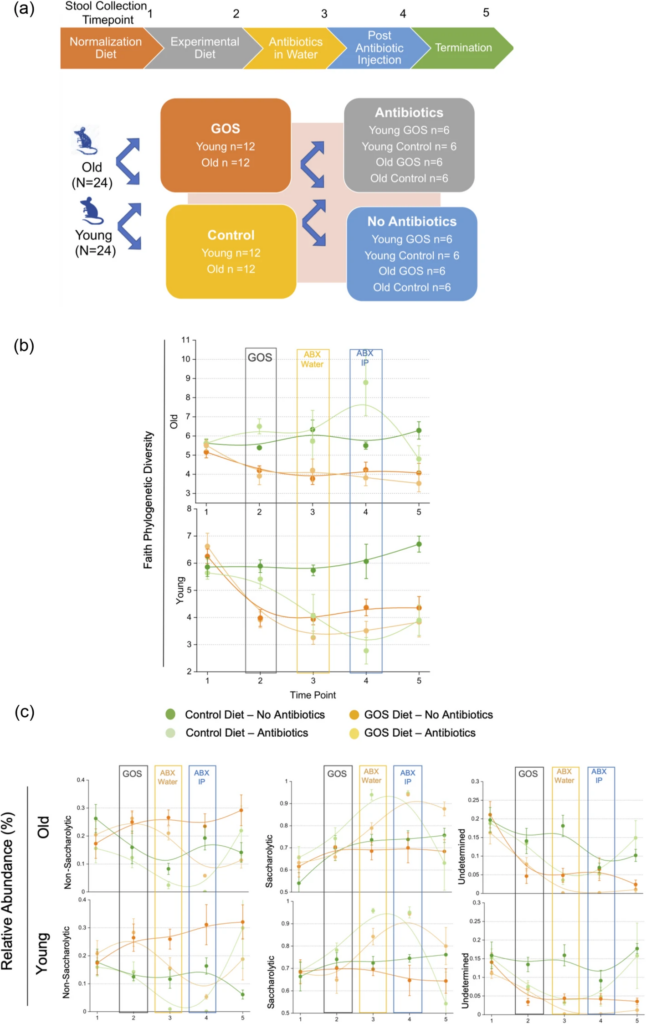 Increased the abundance of β-galactosidase in young and old animals, and increased non-saccharification organisms; however, no strong, uniform bifidus effect was observed. 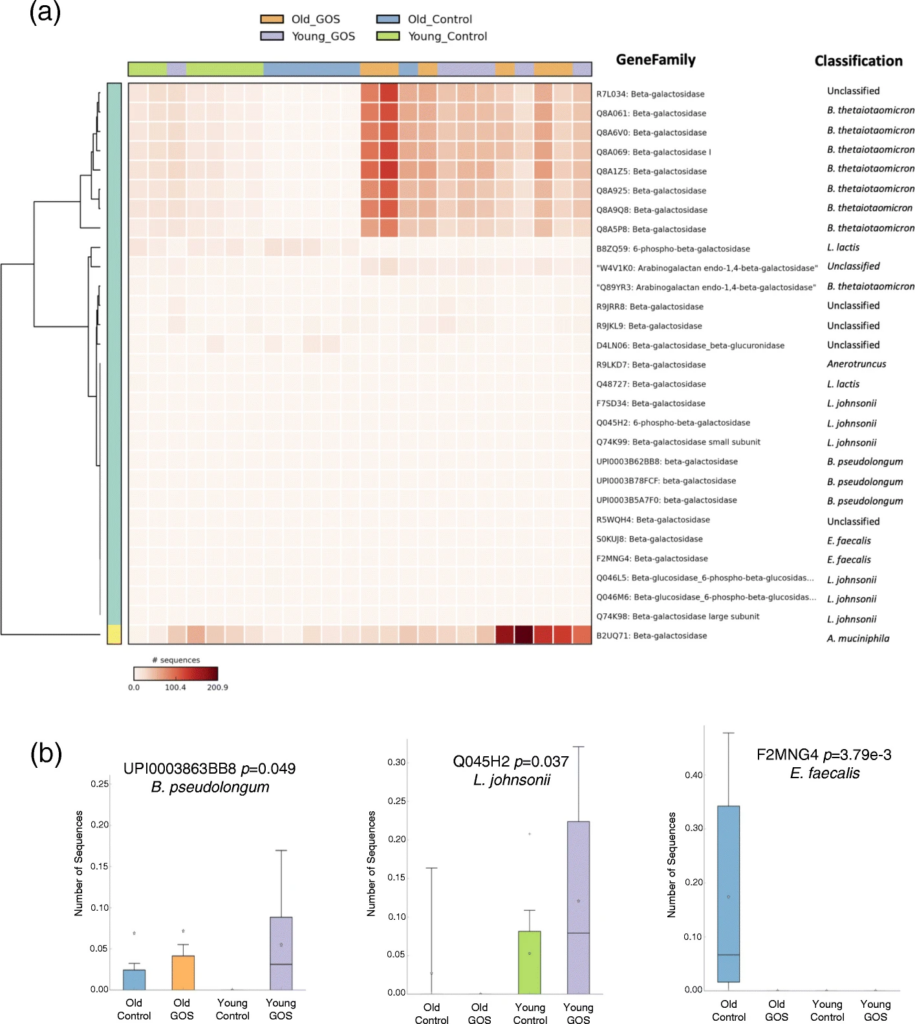 Galactooligosaccharide reduced the age-related increase in intestinal permeability in elderly mice, and increased the expression of MUC2 and the thickness of mucus. 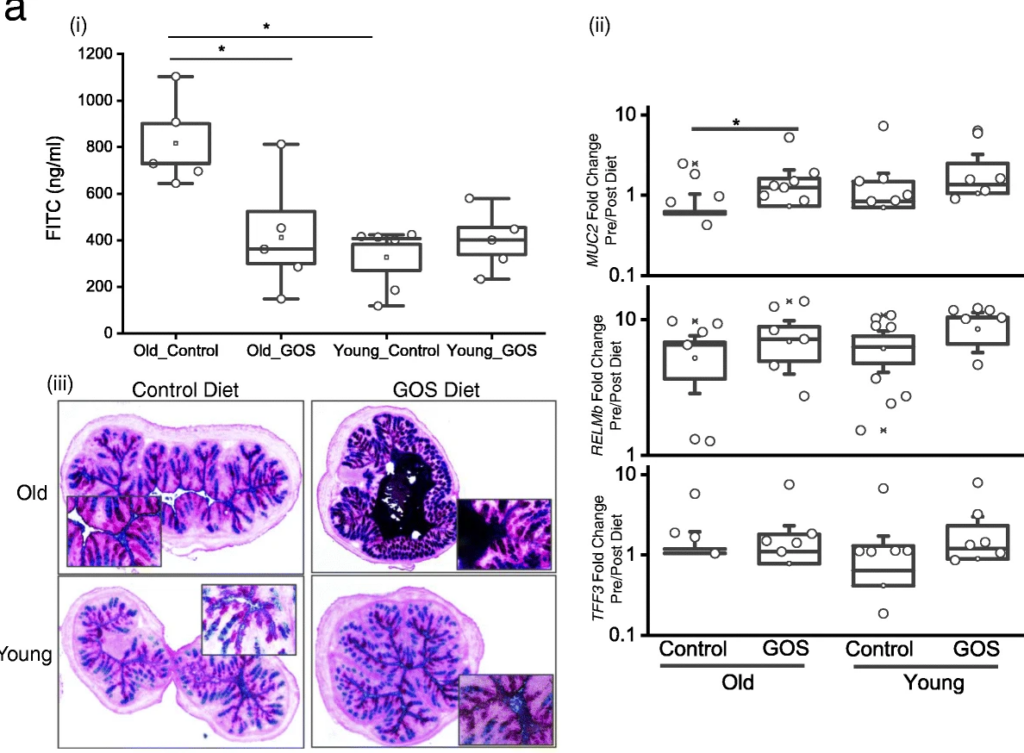 Antibiotics reduced the abundance of bifidobacteria in aged mice, and at the same time increased Akkermania, Clostridium, Faecoccus, Bacillus, Bacteroides and Rumenococcus. 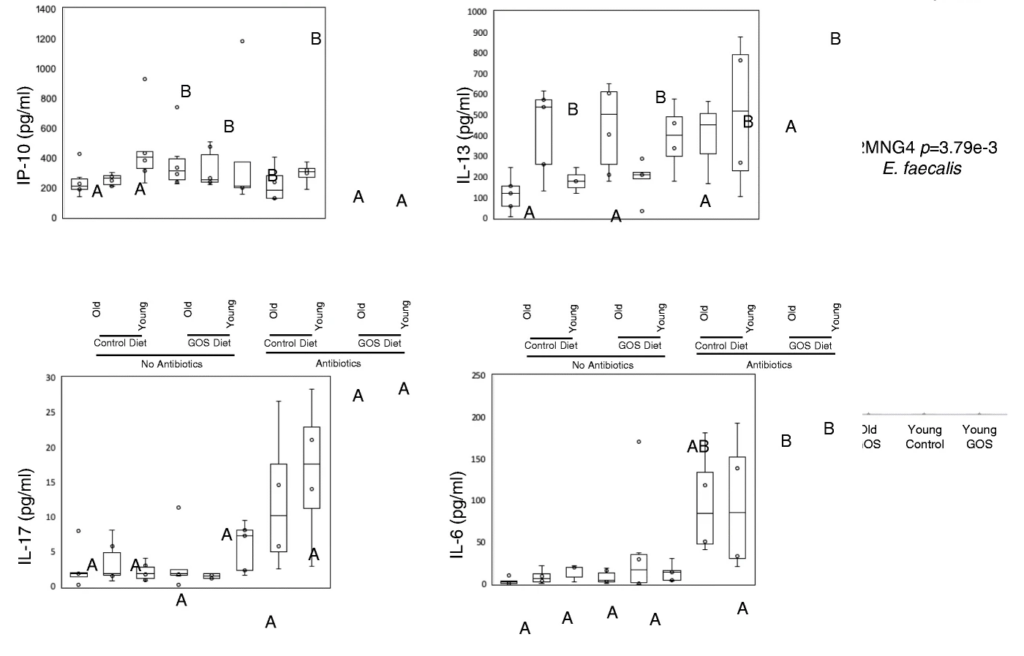 RTqPCR showed that the gene expression of TNFα in the distal colon tissue of old mice was significantly increased, and the galactooligosaccharide diet reduced this expression. 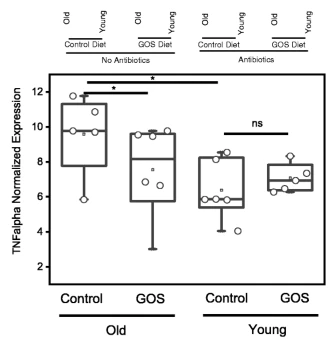 In young mice, galactooligosaccharides induced the expression of binding-related genes. The galectin gene Lgals1 is a β-galactose-binding lectin. Through its glycosyl linking molecule, it is an important regulator of immune response. The PI3K-Akt and ecm receptor interaction pathway is also induced in young mice .

In the presence of prebiotics, when GOS was injected into colonic organic matter, mouse feces showed a different bifidus effect, reproducing the responsive and non-responsive phenotypes observed in the body, indicating the composition and function of the microbiota Is the main contributor to the phenotype.

Dietary GOS regulates the homeostasis of the aging intestine by promoting changes in microbial components and host gene expression. This change translates into reducing intestinal permeability and increasing mucus production.

Age is a determinant of how prebiotics affect the microbiome and expression of intestinal epithelial cells, especially when galectin-1 is induced in young rather than old mice.