Tagrisso is suitable for EGFRm NSCLC patients with EGFR exon 19 deletion or exon 21 (L858R) substitution mutation in the tumor. The indication was approved through the priority review process, and the “unprecedented” results from the ADAURA Phase 3 trial showed that Tagrisso adjuvant therapy reduced the risk of disease recurrence or death by 80%.

It is worth mentioning that Tagrisso is the only targeted drug that has shown efficacy in the treatment of early stage lung cancer in a global trial, and it is also the first such drug approved in China. The NMPA approval is based on the positive results of the global phase III registered clinical study ADAURA. Data show that in the main study population of stage II and stage IIIA EGFRm NSCLC patients, as well as in stage IB-IIIA patients with secondary endpoint indicators, Tagrisso showed statistically different and clinically significant disease-free survival (DFS). ) Benefit.

In all predetermined subgroups, including Asian and non-Asian patients, consistent DFS benefits were observed regardless of previous adjuvant chemotherapy. The safety and tolerability of Tagrisso in this study are consistent with previous studies in metastatic NSCLC. Related research results have been published in the “New England Journal of Medicine” (NEJM).

Dave Fredrickson, Global Executive Vice President and Head of Oncology Division of AstraZeneca, said: “The rapid approval of Tagrisso in China as part of a curative treatment plan for early EGFR-mutant lung cancer highlights the significant unmet medical needs in this field. China It is one of the countries with the highest EGFR mutation rate. This approval also reflects our commitment to improving the prognosis of Chinese patients. This approval once again emphasizes the importance of EGFR testing for all lung cancer patients before treatment decisions to ensure As many patients as possible can benefit from targeted therapies such as Tagrisso, enabling patients to obtain longer cancer-free survival times.” 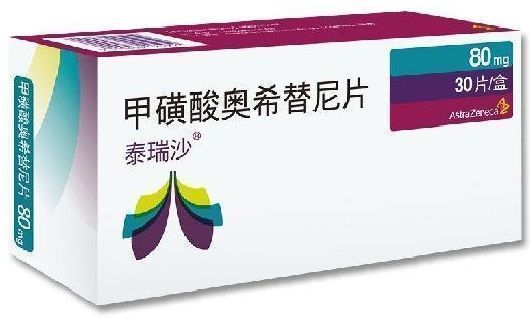 Tagrisso is an oral small molecule third representative EGFR-TKI inhibitor (EGFR-TKI), which has previously been approved by many countries around the world (including the United States, Japan, China, and the European Union):

In addition, Tagrisso is approved for the treatment of early stage lung cancer in more than ten countries including the United States.