Cancer rate is nearly 25% after industrial wastewater into the sea

Once the Fukushima nuclear waste water is discharged into the sea, radioactive materials will spread to most of the Pacific Ocean within 57 days. 10 years later, it spreads to the global waters…

On April 13, the Japanese government officially decided to discharge radioactive waste water from the Fukushima Daiichi Nuclear Power Plant into the sea. It seems that everyone should know what this means.

Coincidentally. According to the CBS report, due to long-term toxic waste dumping into the sea, the ecological environment of some sea areas near the coast of California in the United States is seriously polluted, and marine life has also suffered a devastating blow. According to reports, nearly a quarter of adult sea lions in the area suffer from cancer, and pollutants such as the pesticide DDT (DDT) are the main cause of cancer. Before DDT was banned, a company in the United States packed toxic waste in buckets and threw it into the deep ocean during the production process. Researchers used underwater cameras to capture dozens of rotten barrels on the deep seabed between Long Beach and Santa Catalina Island. The pollutants may have leaked, and they inferred that there may be as many as 500,000 such barrels on the deep seabed. .

Recently, a study published in “Frontiers in Marine Science” showed that in California beaches, more and more sea lions died of cancer. what is the reason? It is closely related to the toxic substances in their living environment. However, this disturbing trend is probably not only related to these marine mammals. Researchers say that if pollutants continue to enter the ecosystem, it will only be a matter of time before the incidence of human viral cancers rises.

The California sea lion (Zalophus californianus) is a long-lived marine mammal that lives on the west coast of North America. However, they are also one of the mammals with the highest incidence of cancer. In the past 40 years, 18% to 23% of adult sea lions were found to have cancer of the genitourinary system at autopsy, and died due to widespread cancer metastasis. Since cancer is very rare in wild mammals, it is very important to understand their pathogenesis and the potential impact of the shared environment on human health.

After the dumping of industrial waste dichlorodiphenyltrichloroethane (commonly known as DDT) in the 1960s, the central coast of California was exposed to high levels of persistent pollutants, organochlorine. Previous studies have shown that organochlorines are related to human cancers and are also carcinogenic in experimental animal models. As early as 1995, the Japanese Environment Agency issued an administrative order to prevent organochlorine carcinogens.

In this study, the researchers used sophisticated statistical analysis to more thoroughly investigate what caused sea lions to develop this aggressive cancer. They conducted a comparative study on 394 sea lion case samples collected over the past 20 years and found that the DNA of cancerous sea lions was damaged due to various factors such as environmental pollution and OtHV-1.

In addition, researchers found that the level of certain persistent organic pollutants in the body fat of sea lions has reached the highest level ever recorded, including DDT (DDT), polychlorinated biphenyls (PCB), polybrominated diphenyl ethers (PBDE) and organic Chlorine (HCH) and so on. The higher the level of contaminants in fat, the higher the risk of cancer. 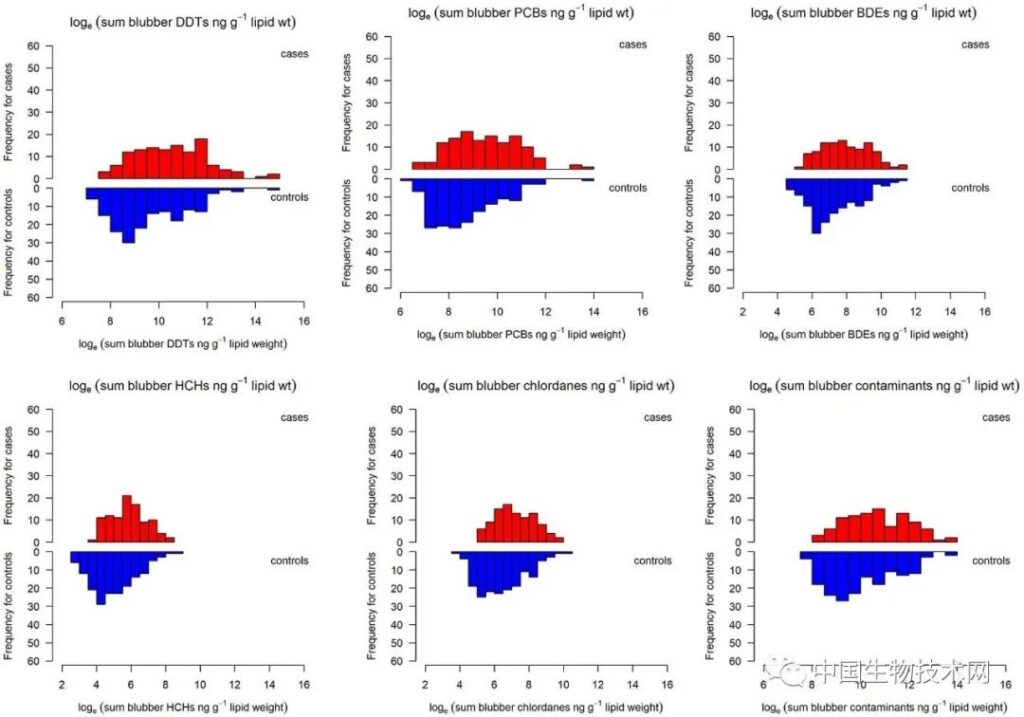 Past studies have shown that the synergy between pollutants and viruses can cause cancer in humans. For example, the high incidence of esophageal cancer in the Huaihe River Basin in China is related to human papillomavirus (HPV) and the higher pollutant 3-methylcholanthrene (3-MC) in river water.

Dr. Pádraig Duignan, co-author of the study and chief pathologist at the California Marine Mammal Center, said: “The conclusion of this paper marks an important milestone. We have further solved the complex mystery of the cause of cancer in California sea lions. The study of this deadly disease clearly shows that our common marine environment is in a predicament, and we need to find solutions to protect our common health and the common health of marine animals.”

The researchers emphasized that although some pollutants found in sea lion fat have been inactive for many years, these carcinogenic elements still exist in the environment and cause serious damage to sea lions and other coastal predators.

Dr. Duignan explained: “My concern is that humans will also eat the same food as these cancer-stricken sea lions. The ocean is sending a clear and clear alarm through this diseased animal.

The first author of the study, Dr. Frances M. D. Gulland, said: “Although a deeper understanding of the complex factors that cause cancer is needed, what we learn from these animals helps to study the threats of marine pollutants to human health.”

However, not only that, the new threats that mankind is about to face come from the decision of the Japanese government. Because once the Fukushima nuclear waste water is discharged into the sea, radioactive materials will spread to most of the Pacific Ocean within 57 days. 10 years later, it spreads to the global waters…