Husband and wife claim that “little yellow card is missing” to break through the loophole.

According to the news from Taiwan media: TVBS, the Taipei Municipal Health Bureau confirmed that the couple claimed that the “little yellow card was lost” to break through the loopholes, and the two deceived a total of 8 doses of vaccine. (Figure/Schematic) 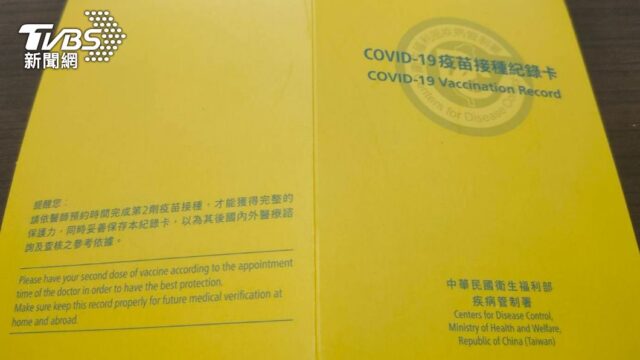 A couple in Taipei City, suspected of drilling a loophole in the clinic, falsely claimed that the yellow card was lost, and then vaccinated everywhere.

The man received the first dose of AZ in the hospital in May, and then in June, July and June.

At the end of November, AZ, Moderna and BNT were given, and his wife had also given 4 doses of the vaccine.

So far, the two have given a total of 8 doses.

The Taipei City Health Bureau confirmed that in addition to using the missing yellow card to ask for the vaccination, a medical institution found that the couple had been vaccinated.

The couple would also use the means of making trouble to request the vaccination.

The Taipei City Health Bureau told TVBS News that the couple saw the clinic uploading vaccine information and there would be a time lag to successfully pass through the customs.

Even if some hospitals have a system to check if they have been vaccinated, there are also hospital systems that happen to be abnormal.

The couple succeeded in breaking through the barrier.

The Taipei Municipal Health Bureau stated that the couple was almost “a family attempt,” but there is currently no way to impose penalties on the couple.

The Taipei Municipal Health Bureau stated that it is currently unable to punish it directly, but it is also worried that the couple will raise medical disputes such as false publications to hospital staff, which will cause trouble and burden to the hospital.

They will discuss with the central government how to deal with it. The contract hospital has been notified.

This couple will also remind the hospital that if it is not for people who make an appointment for vaccinations through an appointment platform, they must strengthen their checks.