Big data of 500K people tells you how long you sleep to be healthy!

New discovery: Big data of 500K people tells you how long you sleep to be healthy!

A recent study by the University of Colorado Boulder with a sample size of 500,000 showed that even if you do not smoke or exercise regularly, you are not genetically susceptible to cardiovascular disease , lack of sleep or excessive sleep. More will increase your risk of heart disease.

The research was published in the Journal of The American College of Cardiology. The study also found that for those with a high genetic risk of heart disease, healthy sleep duration can offset this risk.

How long is a healthy sleep? 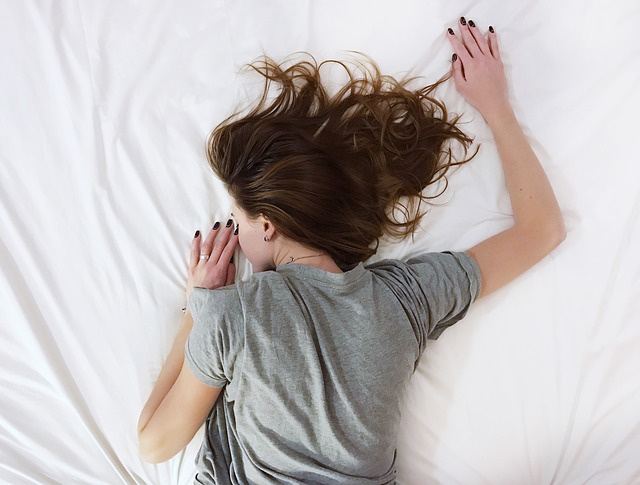 In this study, Vetter and collaborators from Massachusetts General Hospital and the University of Manchester analyzed 461,000 British organisms between the ages of 40 and 69 who had never had a heart attack. The genetic information, self-reported sleep habits and medical records of participants in the UK Biobank were followed up for 7 years.

When researchers individually studied people with a genetic predisposition for heart disease, they found that sleeping 6 to 9 hours a night can reduce the risk of heart attack by 18%.

The lead author of the study, Iyas Daghlas of Harvard Medical School, said: “This is encouraging news. Regardless of your genetic risk of heart attack, a healthy amount of sleep may reduce your risk of heart attack. , Just like healthy eating, non-smoking and other lifestyles.”

Researchers have long believed that there is a correlation between sleep and heart health, but because these studies are observational, that is, observing different groups of people to see who will get sick, it is difficult to determine whether lack of sleep will cause heart problems, and vice versa. The same is true.

Sleep for 10 hours, double the risk of heart disease

Many factors affect heart health and sleep at the same time, which makes it more difficult to determine cause and effect.

In this new study, the researchers used a large number of data sets from the British Biobank, combined with observation and genetic research, to ask this question in a different way.

After considering 30 factors such as body composition, physical activity, socioeconomic status, and mental health, they found that the length of sleep does have an impact on the risk of heart attack.

Short sleep genes may increase the risk of cardiovascular disease

The researchers used Mendelian randomization and then looked at the genetic profiles of participants to determine whether those who were born with insufficient sleep were more likely to develop heart disease. And 27 gene mutations are related to lack of sleep.

They found a similar pattern, and found that genetically affected short sleep is a risk factor for heart attack.

Vetter said: “This makes us more convinced that there is a causal relationship between the length of sleep and heart health, rather than other factors.”

This study did not explore the mechanism by which short or long sleep may increase the risk of heart attack, but previous studies have pointed out some explanations. Too little sleep affects the inner wall of arteries or endothelial cells, the bone marrow development of inflammatory cells, and also affects dietary patterns and food intake. These consequences will affect body weight and heart health. Too much sleep may also cause inflammation in the body, and inflammation is also related to cardiovascular disease.

Get a good night’s sleep, just do it

Today, when many young people sleep very bitterly, how can they sleep peacefully? Sleep healthy?

Scientists have discovered a long time ago that there is a correlation between frequent bathing and self-assessment of sleep quality. People who bathe often have better subjective sleep quality and older people who bathe sleep better. So the scientists conducted further investigations and found that bathing can improve night sleep and reduce excessive daytime sleepiness!

Therefore , water-based passive body heating (PBHWB) through warm/hot shower or foot bath is recommended as a simple and low-cost non-drug treatment for insomnia.

Scientists also found that men prefer PBHWB in the form of foot baths than girls, and that this method is more effective in treating insomnia in winter than in summer.

After a systematic analysis of a number of related documents, the scientists concluded that hot showers, foot baths or full body baths between 1-2 hours before going to bed for 10 minutes can improve sleep, especially shorten the sleep latency ( SOL) to speed up falling asleep by an average of 10 minutes.

In addition, the analysis also showed that the optimal water temperature for PBHWB is between 40-42.5°C.

Just as exercise and a healthy diet can reduce the risk of heart disease, so can sleep.

Big data of 500K people tells you how long you sleep to be healthy!