What’s more, the incidence of colorectal cancer in the younger population under the age of 50 has been rising for nearly 30 years.

ALDH1B1, the hospital of the ALDH family, is located in the mitochondria, ALDH1B1 is significantly upregulated in colorectal cancer, and reducing ALDH1B1 expression is able to inhibit the growth of colorectal cancer.

In this latest study, the research team developed a selective inhibitor of ALDH1B1, IGUANA-1 , a small molecule compound of guanidine and imidazole , both of which can target the active site of ALDH1B1. Furthermore, guanidines avoid off-target mitochondrial toxicity exhibited by imidazoles. 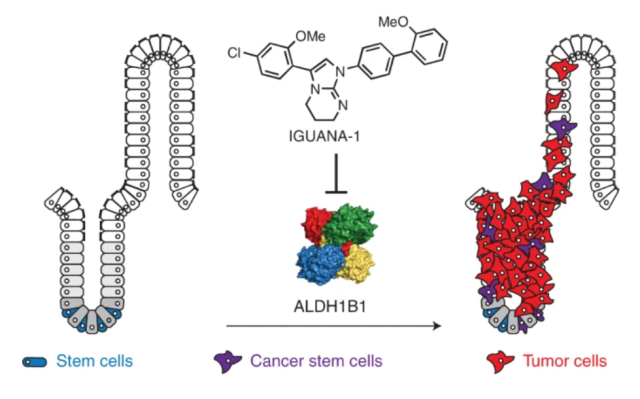 In addition, the expression of KRT15 and DCLK1 genes, which are genetic markers of colorectal cancer stem cells, were also down-regulated.