JAMA Sub-Journal: Sitting for a long time greatly increases the risk of death for cancer patients.

Worldwide, as the population ages, the number of cancers will continue to increase.

In addition, overweight/obesity, sedentary, lack of exercise and other phenomena are becoming more and more common, which are also important factors causing the increase in the number of cancer incidences and deaths.

Those at the highest risk are those who do not exercise or are not active enough, and sit for more than 8 hours a day.

This result shows that sedentary and lack of exercise, which are very common among cancer patients, are associated with an increased risk of death.

Sedentary behavior, especially sedentary and lack of physical activity, may affect the survival of cancer patients.

Therefore, the research team hopes to study the relationship between the daily sedentary time and physical activity and mortality of cancer patients.

The research team used a prospective cohort of nationally representative cancer patient samples from the National Health and Nutrition Examination Survey of the United States from 2007 to 2014, including 1,535 cancer patients aged 40 years and over.

Correlate them with mortality data as of December 31, 2015, and analyze their daily sedentary time and leisure time physical activity.

Statistical analysis showed that among the 1535 cancer patients:

It is worth noting that 574 people (35.8%) have little physical activity per week and also sit for more than 6 hours a day. 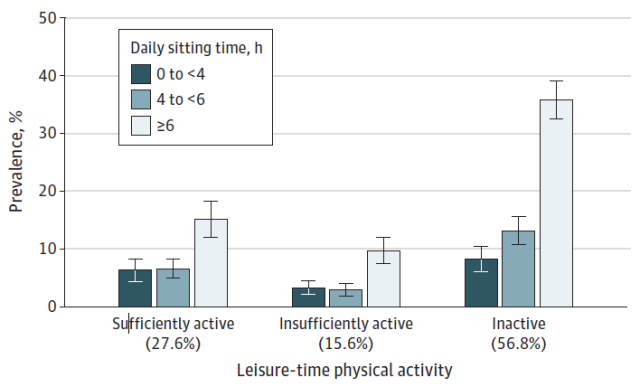 The multivariate model showed that compared with non-exercise, exercise was associated with a reduction in the risk of all-cause death and cancer death. 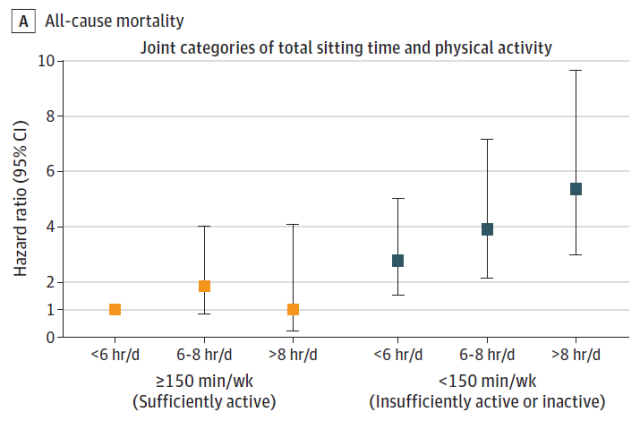 These analyses show that sedentary and insufficient exercise are associated with a significantly increased risk of death for cancer patients.

Cancer patients who do not exercise or do not exercise enough and sit for more than 8 hours a day have the highest risk of all-cause death and cancer death, increasing by 438% and 371%, respectively.

In general, this cohort study of a nationally representative sample of cancer patients shows that sedentary and lack of exercise are very common, and this situation is related to their increased risk of all-cause death and cancer death.