According to the Centers for Disease Control and Prevention, 41.9 percent of U.S. adults are obese, and 9.2 percent of them are severely obese.

Obesity can lead to a variety of health problems, including cancer. In fact, being overweight or obese is associated with a higher risk of 13 different types of cancer, according to the CDC.

People who are severely obese and have trouble losing weight sometimes turn to bariatric surgery.

This bypasses the stomach and reduces the number of calories absorbed. In a sleeve gastrectomy, about 80 percent of the stomach is removed, leaving a tube-shaped stomach that is similar in size and shape to a banana. 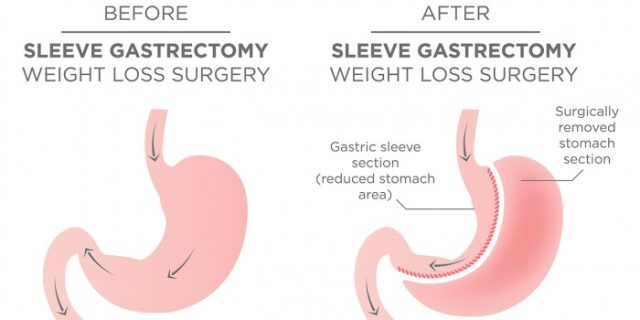 People with obesity are at least as likely to develop certain types of cancer, according to a new study (#ASMBS2022) presented today (June 7, 2022) at the American Society for Metabolic and Bariatric Surgery (ASMBS) Annual Meeting 2 times, and 3.5 times more likely to die from the disease.

The 10-year incidence of any new cancer was significantly lower in the surgical bariatric group than in the non-surgical control group (5.2% vs. 12.2%), and the 10-year survival rate was also significantly higher (92.9% vs. 78.9%).

“We knew from previous research that bariatric surgery reduces cancer risk, but we were surprised by the reduction in some cancers,” said study co-author Jared R. Miller, MD, a general and bariatric surgeon at Gundersen Lutheran Health System. extent. The benefits of reducing cancer risk through bariatric surgery cannot be ignored and should be a consideration in patients with obesity and high risk of cancer.”

The Centers for Disease Control and Prevention (CDC) estimates that more than 650,000 obesity-related cancers occur in the United States each year.

According to the American Society of Clinical Oncology (ASCO), obesity is a major unrecognized risk factor for cancer and is associated with worse prognosis after cancer diagnosis.

Being overweight and obese can cause changes in the body that can lead to cancer, including long-term inflammation and high insulin levels.

The more overweight a person is, and the longer they have been overweight or obese, the greater their risk of cancer.

Dr. Shanu Kothari, president of the American Academy of Medicine, who was not involved in the study, said: “The data keeps adding up — when you treat obesity, you can prevent certain cancers. Bariatric surgery has been shown to be the most effective long-term treatment for obesity. approach, and now it’s increasingly seen as a preventive treatment, not just for cancer, but heart disease, stroke and type 2 diabetes.”

In 2016, the ASMBS released a position statement on the relationship between obesity and cancer, and the role of bariatric surgery and the impact of weight loss not only on cancer risk, but also on survival after treatment.