Fertilization is a series of molecular events that need to happen in the right way, in the right order, at the right time, and just one step that doesn’t go as planned can mean the difference between conception and failure.

Therefore, for a large percentage of infertile couples, the exact cause cannot be determined.

A new study led by researchers at the University of Sheffield has investigated proteins on the surface of eggs that may help or hinder sperm trying to bind to them.

The team used thousands of beads as artificial eggs, each with a different peptide on the surface. The beads were then incubated with sperm to see which bead — and thus which peptide — attracted more sperm. 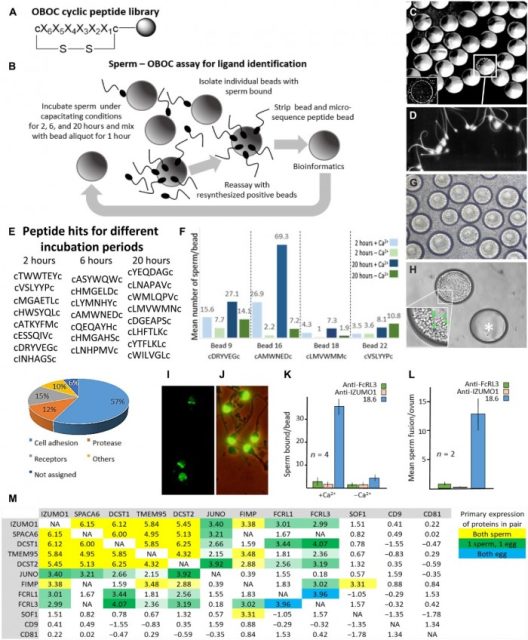 The team ran several rounds of these tests, removing those beads that didn’t attract a sufficient number of sperm.

Ultimately, they were left with only beads that consistently bound to the sperm of all five donors. Upon closer inspection, they identified a specific protein involved in these successful artificial eggs.

The researchers named the protein MAIA, after the Greek goddess of motherhood.

To investigate further, the team inserted genes associated with MAIA into cultured human cells and found that the cells also became more receptive to sperm.

This suggests that MAIA plays an important role in attracting sperm into the egg for fertilization.

Problems with MAIA may be an overlooked factor in infertility, and now that the protein has been identified, it could help scientists develop new treatments to help people conceive — or, put another way, prevent conception.

The study’s lead investigator, Professor Harry Moore, said: “The infertility in more than half of those who try to conceive naturally is unexplained. Ingenious artificial insemination techniques have allowed us to identify the MAIA protein, which not only enables Scientists will be able to better understand human fertility and will pave the way for new treatments for infertility and revolutionize the design of future contraceptives.”

The research was published in the journal Science Advances .