Why can’t ECMO save former Japanese Prime Minister Shinzo Abe? There are only more than 1,000 units in the world.

At about 18:00 local time on July 8, Japan’s Nara Prefectural Medical University Affiliated Hospital held a press conference to announce that former Japanese Prime Minister Shinzo Abe was confirmed dead at 17:03 due to serious injuries. He was 67 years old. 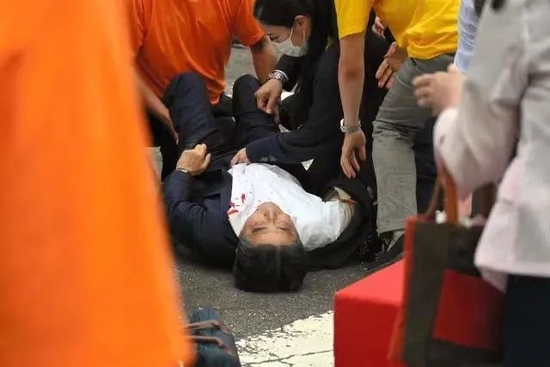 According to Japanese media reports, at about 11:30 local time, Shinzo Abe was shot and fell to the ground while delivering a speech near Nara 1 Station.

The medical helicopter carrying Shinzo Abe arrived at the hospital at about 12:50. At that time, Shinzo Abe was in a state of cardiopulmonary arrest, and the hospital took rescue measures for Shinzo Abe.

The hospital revealed that the direct cause of Abe’s death was that the shooting caused his heart blood vessels to rupture, causing massive bleeding from multiple parts, which was completely unable to stop the bleeding.

In addition to the ruptured heart blood vessel, Abe had two wounds on his neck.

During the rescue process, Ota Fan, a professor at Kyoto Prefectural University of Medicine in Japan, said that the hospital was considering the installation of artificial heart-lung devices and other treatment options.

Because of the blood clot around Abe’s heart, the hospital may consider performing cardiac massage after removing the blood clot to make his heart beat again.

Artificial heart-lung machine, Extracorporeal Membrane Oxygenation (ECMO), its core components are power pump and oxygenator, which can be regarded as artificial heart and artificial lung respectively.

ECMO can extract deoxygenated blood from the patient’s venous system, and after extracorporeal oxygenation, return it to the patient’s body, thereby reducing the burden on the patient’s heart and lungs, and the maintenance time can be as long as several days or even weeks. And recovery, out of danger, and then remove the equipment.

Therefore, ECMO is often used for the rescue of patients with cardiopulmonary failure, which can be said to be the last barrier between patients and death.

But obviously, the  ECMO failed to save Abe’s life in the end.

ECMO once came into the public eye due to shortages during the 2020 pandemic.

Since the COVID-19 pneumonia virus may affect the cardiorespiratory function of infected people, in the early stage of the epidemic, there have been shortages of ECMO equipment in many countries.

Generally speaking, only high-level hospitals are equipped with ECMO, and a hospital usually only has 1 or 2 ECMOs. Even in the United States, there are only 264 ECMO centers, and the global stock of ECMO equipment is only 1,200.

What are the engineering principles of ventilator and ECMO (Extracorporeal Membrane Oxygenation)?

A ventilator is like an air pump, which pumps air into the lungs and then sucks it out to help a person breathe.

So it is a physical-level therapeutic device, which only completes the function of pushing air in and out, creating an artificial airway.

It absorbs the blood of the human body, injects oxygen into the blood, filters out carbon dioxide, and then returns the blood with high oxygen content to the body.

So it is a therapeutic device at the biochemical level. ECMO also requires a tube, but this is inserted in a blood vessel.

Next, the engineering principles and engineering difficulties of ventilator and ECMO are introduced: 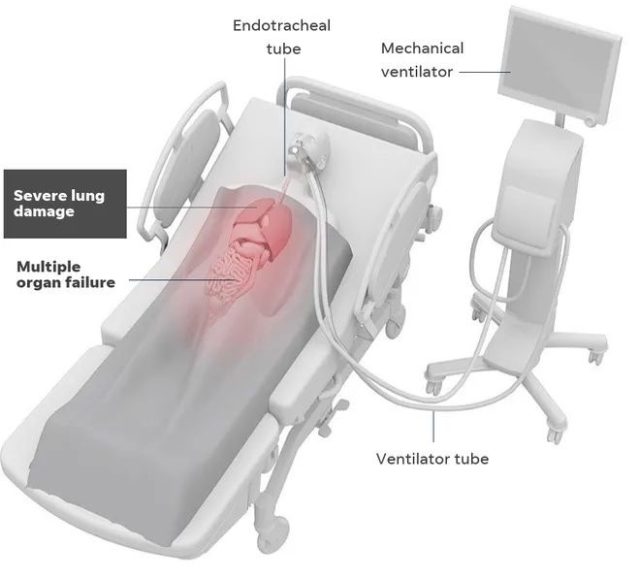 Invasive ventilator refers to the construction of an artificial airway by inserting a plastic tube into the respiratory tract. This method is often referred to as “intubation”, that is, Tracheal Intubation.

Non-invasive ventilator is to let the patient wear a fully enclosed mask, so as to directly inflate the mouth and nose.

Non-invasive ventilators do not require intubation, but the shortcomings are also obvious.

The human airway is likely to cause obstruction and lead to ventilation failure. Obstruction may include airway obstruction caused by posture, obesity, or chronic disease caused by polyp hypertrophy, sinusitis, etc.

Invasive ventilators use tubes that are inserted directly into the lungs. First, the doctor will open the epiglottis with a bronchoscope and slowly insert the trachea into the airway.

The air tube is inserted into the patient’s trachea

Afterwards, the tip of the trachea is inflated to seal the tissue below the insertion point into a closed cavity. Assisted breathing can then be performed.

Schematic diagram of the location of the incision surgery

The engineering difficulties of ventilators are classified according to disciplines:

The first tenet of all medical devices is safety, security, safety. Will the machine blow up the patient’s lungs, will it suddenly flatten the lungs with a breath, or will the air pump suddenly cut off and cause suffocation?

What is the probability, if it happens, is there a plan B, is there any follow-up action, and will the doctor be warned at the first time?

The inserted tube is not a hose, but a rigid tube. If it is a hose, when inhaling, the tube will collapse on its own, causing ventilation failure. But it is too rigid and difficult to insert into the soft tissues of the human respiratory tract.

What is the humidity ratio? Should it vary from person to person, etc.?

If condensation is encountered, will the tubes become blocked by the condensation water and will the water be returned to the lungs? How to judge the condition of the lungs?

If it is calculated by air pressure, then according to different human bodies and different models, is the actual value of the other end of the tube different?

How to properly insert a hard tube into the trachea requires a lot of skill and experience.

The throat of the human body is incomparably delicate, where there are epiglottis, split birth gate, base of tongue, pharynx, and larynx.

Touching any of them can make you feel extremely nauseated and cause a feeling of vomiting.

The answer is no, no one can operate 100% successfully. So, if something goes wrong, can the machine know?

Is it dangerous to inflate only one lung if the cannula goes too deep into the bronchus? If the patient suddenly develops acute laryngeal edema after intubation, can the machine give an immediate warning?

On the whole, the difficulty lies in engineering experience, certification qualifications, and manufacturing scale.

The function of the ventilator is to break this cycle. When the lung function deteriorates, it still ensures the supply of blood oxygen, thereby guiding the body’s own immune mechanism to kill the virus.

So, in theory, the sooner the ventilator is used, the better the effect. However, considering the risks of ventilators (such as bringing unnecessary bacterial infection of the lower respiratory tract, etc.), if oxygen can be supplied in the early stage, it can replace ventilators for early prevention and treatment.

An artificial lung, a reverse machine like hemodialysis. Its role is to infuse the blood with oxygen levels and reduce carbon dioxide levels, thereby sustaining life.

Its name is artificial lung, in fact, it also completes the mission of the heart. Because the main reason for the existence of the heart is to send blood oxygen to the whole body.

(We would like to point out here that ECMO is still a well-developed technology, not a mature medical technology, and its risk of complications is high.) 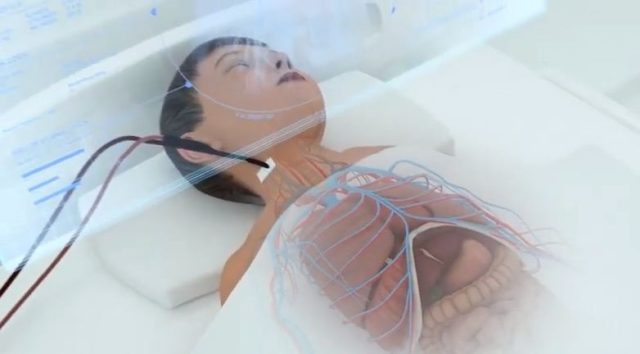 The main functional modules of ECMO are:

hemoglobin concentration is the hemoglobin coagulator. Others, such as maintaining blood temperature, moisture, and preventing blood coagulation, are not the core part, but accessories. 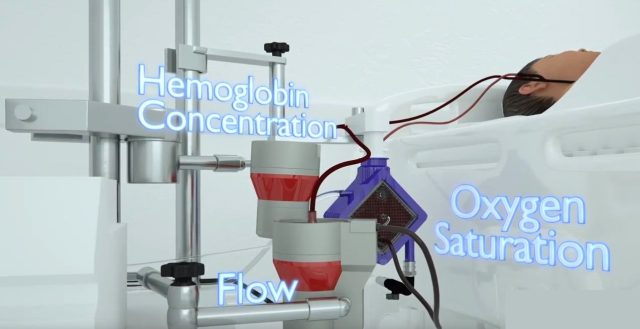 The first thing to do is to solve the problem of blood flow, commonly known as the blood pump.

It is essentially a compressor, and the principle is no different from that of an air conditioner refrigerator compressor, but the key is: bearings.

Traditional pumps are driven by the rotation of the blades, and the rotating body needs bearings, but the bearings need lubrication, so the bearings are exposed to the fluid.

Therefore, the blood pump needs a magnetic suspension bearing and a non-contact rotating blade, and the speed is about 6000 rpm.

The difficulty is concentrated in the design and manufacture of the magnetic suspension bearing.

However, due to the rapid flushing of blood, this layer of coating is easily washed away, which is also another key technical point.

At the same time, the rapid flow of blood destroys blood cells, and the blood pump becomes a wall-breaker.

Therefore, how to protect blood cells as much as possible is a problem that must be solved.

Through their mutual contact, the combination of hemoglobin and oxygen is completed, and carbon dioxide is released at the same time.

The difficulty should lie in the material, and this material is a consumable part that will fail after a certain number of uses.

In general, ECMO is not a complex system-level product like a lithography machine. The high price of ECMO is more due to the small market, few manufacturers and low output.